Goodwill closed? What to do with your donations. 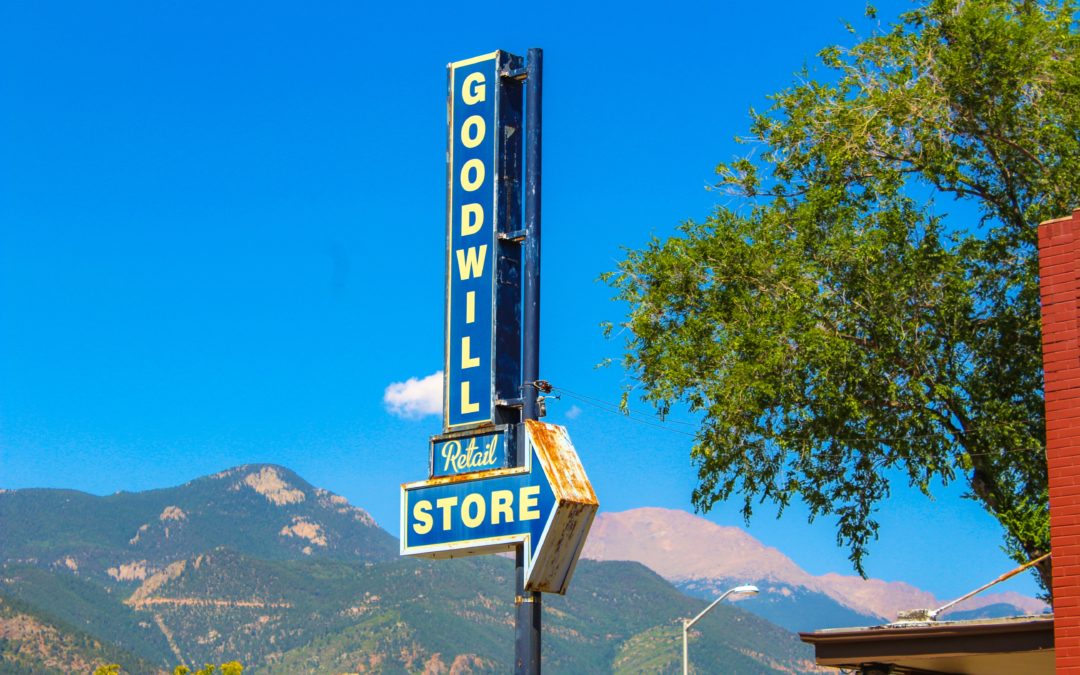 I once worked with a client who had a ton of clothes. He hired me to help him go through it all, from socks to slacks. He’d lost a bunch of weight and felt totally overwhelmed with his wardrobe, now new items and old items, all muddled together.

We downsized his clothing inventory by about fifty percent. He was stoked! Several supersized black hefty bags were filled and sat ready to go.

But, go where? Most of his clothing was in very good shape, much of it nearly brand new! Dumping it off in a Goodwill bin just didn’t feel quite right.

We thought about it. “If only” he said, “I could find someone who really needed it and would be really thrilled to have it all!”

I had an idea. I looked up the Buy Nothing group in his neighborhood. I found it, we signed him up and I posted what he had. Minutes later a woman reached out, “We would love the clothes!” (There were many many exclamation points in her post). She went on to say that the sizes were exactly what she needed because, as it turned out, she had four teenage boys!

Minutes later, tires squealed up my client’s driveway and seconds after that, four young guys squealed off. I could hear them in the car as they drove away, “Rad! No way! This is awesome!”

“That was the absolute best feeling!” my client said. “What a total win-win.”

Now, more than ever, is an ideal time to be getting after our home organization and clutter clearing projects. I see evidence of it all over my neighborhood! Sidewalks fill up and large handwritten “FREE!” signs rest on top of give away items. Good! But then, when the sidewalk method isn’t appropriate, what do we do with our donations?

Clutter clearing and organizing can be tough and the sweet reward at the end is that final dump run or Goodwill drop off. Then, you get to walk back into your house and inhale the fresh new vibe of a more spacious and roomy place! It’s one of the best feelings ever, right?

Now though, our options for donating aren’t quite as easy. That’s not necessarily a bad thing! It gives us an opportunity to think more deeply about how we give away our belongings. Is there a more meaningful and conscientious way? What opportunities are out there for a richer donating experience and even, possibly a win-win?

-Wouldn’t it feel great to give away your spare mattress to the single mom you just saw move in down the street? (This really happened).

-What pet hospital or shelter would go bonkers for all the dog toys and treats that your pooch ignores? (This really happened)!

-Someone actually wants the hundreds of magazines I was just going to TOSS? (This really happened)!

The truth is, yeah—it’s a little more work to do it this way but it can be habit forming and a lot of fun! I see so many heart-centered, helpful people out there, caring about their communities, more than ever. It’s so beautiful! Rethinking how we give away and donate is one more way we can help each other, our neighbors, get involved and build connections. (And get rid of our stuff, of course)!

Here are a just a few ways to get started (there are so many!):

Explore, via social media, some of the obvious ways to donate locally, like Buy Nothing (Facebook interface) and Nextdoor. Be realistic that there will be pros and cons and keep the bigger picture in mind—helping others, donating consciously and keeping your own letting go process in motion.

Check your local shelter websites (people and animals) for donating information. Many have done a great job of stating exactly what they can and can’t take and how items can be donated. For example, a women’s shelter I looked into stated “a donation bin is located outside from 4-8pm on MWF.” Easy! I dropped off a bag of clothing the next day.

Don’t assume just because you don’t want something anymore that nobody else will! The phrase, “Your junk is someone else’s treasure” is so true. Ask around! Ask your family and friends. You don’t have to go crazy, but really ponder if there’s someone you know who would love something you have or be able to use it. You truly never know who’s looking for what! (I’d take a working Cuisinart, by the way. Anyone?).