Holiday cyber offers dominating your inbox? Handy and fast tips for getting your email in control. 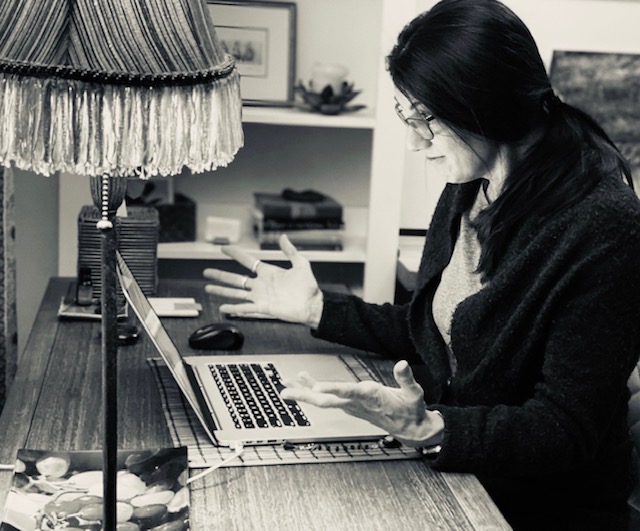 I could only get a center seat on my last flight, UGH! Terrrrrrrible. On the way to the airport I mentally braced myself on how I’d pretzel in my legs while also keeping easy access to my STUFF, which I love to have near me just in case. I’m an aisle gal. But I booked last minute, my flight was the day after Thanksgiving and really, I felt lucky to have gotten a seat at all.

I’m ‘as good as it’s gonna get’ comfortably seated and the guy sitting next to me whips out his computer. “Great,” I think, “Now we’re going to get into a passive aggressive elbow war.” In one quick stealth motion, I slowly slide my right arm over a little bit, claiming an 1/8 inch more armrest space. Victory is mine.

Then…well, I sorta, um, accidentally, totally not on purpose, do something weird: I glance RIGHT AT his computer screen. I don’t know why I did this, I’m not usually so nosey but what I saw, my friends, made me audibly gasp! The guy in my aisle seat had over 15,000 emails in his inbox!!!

I looked away, my head spinning. I couldn’t EVEN. Is this normal? How does someone even think straight with so many emails looming in their inbox? Or, is it possible it doesn’t bother him at all? How could that be?

I had to know more and started asking around. Not surprisingly, not everyone is like me. I get that. I mean, I’m the gal that enjoys color coding peanut M&M’s. (I like to eat them too.) Still, it was eye opening to learn that many folks have a fantastically high number of emails in their inbox, more than I’d ever ever ever imagined.

However, those same people admitted—they’re not really so down with it. It’s not that they want this many emails, it’s more like:
-they don’t know how to manage their inboxes optimally
-they don’t want to take the time to deal with it -or- they think it’s going to take a ton of time
and—probably the biggest reason of all,
-what a waste of time! One “out of office” day rhythmically adds another 100+ emails into the mix again. It never ends. So why try.

Here’s why. It comes down to space. Space in our computers, in our phones or anywhere in our digital world doesn’t really feel that different than the mile high pile of clothing stacked in the corner of our bedroom.

Our stuff, our things, our data, it all elicits feelings and sensations and no-one gets a warm fuzzy, “isn’t that so great, I’m so productive and on it” feeling from having gazillions of emails.

I’ve got news and bad news. The bad news is that only you can figure out your inbox and clear it, organize it, and set it up in a way that makes sense for you and feels great. You can get help, but you really need to participate. As I often say, you’re the genie in the bottle and you have systems and ways you uniquely order and arrange things that are like your fingerprints, 100% yours. That concept is what’s at the heart of my Stuffology work.

THE GOOD NEWS. I’ve got a few tips to get you started! Things I do that I share and people say, “That’s SUCH a great idea, why didn’t I think of that?” Try them out! And if you get stuck or have a question—you can always reach out to me.

Inbox Domination Tip #1: Set up a separate email account just for junk email. “Oh I already have that.” That’s always the first thing I hear. Great! Now is an ideal time to recommit to this email as your official junk email while gradually converting “keeper” email contacts over to your more current address. What does that mean? It means your junk email box is the one you use for all the websites or what-nots where you get prompted to enter an email address in order to access.

If you don’t have a junk email box, set up a clean, fresh one with an easy email address and password.

There’s an important KEY to your junk email box working, it’s not just there to ignore! Check it about once a month. Go in, sort by “sender/from” (see next tip for more on this), make sure you haven’t missed any of the Jiffy Lube coupons, and move on.

Inbox Domination Tip #2: Sort by Sender. What about your email box that has 15k plus emails in it? This next tip is for you: pick a time to sit down and set a timer for any amount of time under 30 minutes. When you do this exercise and the timer goes off, just please STOP. Otherwise, trust me, you’ll go down the overwhelm tunnel.

Once you’ve set your timer, go to your bulbous inbox, and sort by “sender/from” (instead of by date, which email typically defaults to). Once you’ve done that, you can start scrolling down and selecting all the emails from Pottery Barn, Nextdoor, political campaigns, SPANX, etc. (emails you 100% know you don’t need/want) and delete in groups. SO fun!

(Note: I don’t use this tip as often for my inbox, because my inbox rarely gets very full but I do use this exercise for my junk email box. I like to keep my junk email in order too, I know, FREAKY!)

Seriously, the satisfaction you’ll feel is immense. You’ll be down to 14,500 emails in no time!

Inbox Domination Tip #3: Unsubscribe. “Nobody does this, Nicole!” I hear that all the time too. So not true! The hassle is, it seems laborious. In reality, unsubscribing doesn’t take a lot of brain power and it’s pretty quick, once you get into it. Scroll to the bottom of the email you want to unsubscribe to and in a font slightly lighter and grayer than the rest of the email is the word “unsubscribe”. Just hit that link, it’ll take you to a website, where you’ll get asked a few more times if you’re REALLY SURE you want to unsubscribe and then you’re done. Easy peasy.

A few perfect times to unsubscribe are:
-when you’re in line at the grocery store
-while waiting for your flight to take off
-when the Seahawks go into overtime and you can barely watch the game and you need something else to do while keeping one eye on the TV

Say you’re reading this and you’re thinking, “Interesting, Nicole, but I already do most of these things and my inbox never has more than a few dozen emails in it.” BRAVO! And, If so, please, DO SHARE!! Will you? I love to learn what others are doing out there to stay organized and sane.