What comes up when there’s an ugly divorce 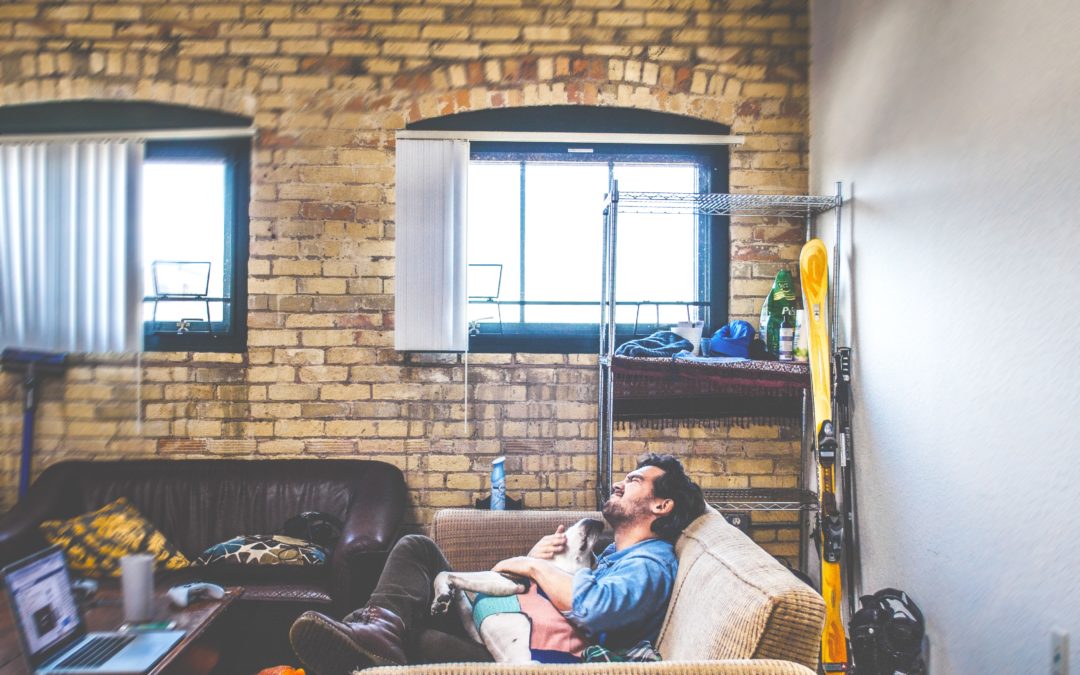 Brody was referred to me through a mutual friend. He needed help going through his stuff.

I met him at his just moved into loft space. He answered the door in a T-shirt, loose fitting blue jeans and flip flops. I was greeted with a big hug and a smile but his face was pinned with strain and pain that ran deep and wide and was impossible not to notice.

He was in the thick of a colossal letting go. A transition from hell. His whole world was being blown apart. In short, an ugly, hostile divorce was rocketing through his life at light speed.

Friends, it was hard to witness this brave man surrendering, so vulnerable and asking for help.

I’m not a therapist but I cherish the power of deep listening and dropped in, all heart and ears, and we got acclimated. And then I got right to the point, “So, where do you wanna start?” He replied “I have no idea! How does this even work?”

Boxes and bags were littered everywhere and he had no idea what was in any of them at this point.

My heart just ached but I knew the best way I could help him was to dig in.

“Okay…” I looked around and noticed a large U-Haul box with the lid popped open but full to the top. “Let’s start with this” I pointed to the box. He spun around, zeroed in on the box and dug in like the Marvel character “Flash”. Out came a brand new, still wrapped in plastic Tempurpedic pillow. Disdain crossed his face. “I don’t want that” Brody declared, “I didn’t want it when we bought it at Costco, but she insisted. She didn’t listen. She never listened. We got in a fight. AT COSTCO. I really don’t want that %&*#&$ pillow, Nicole”.

And so the pile in the middle of the living room began.

I’ve truly never witnessed a client move through their belongings as fast as this man did. I was keeping up, but we were huffing. And he wasn’t taking it lightly or looking for short cuts. He was doing the work. There was no blood but there were plenty of sweat and tears.

As we moved into the kitchen, he picked up a very full glass jar loaded with pennies and other small denomination coins. “Ugh – Nicole!!!” Exasperation. “I have never liked pennies and small coins lying around. Ever. But I was always told, even as a kid, that I had to keep them – why? It doesn’t make sense. I don’t want small change around, it frustrates me, irritates me, I don’t use it. It bugs me to even look at it. Can I get rid of it? Is that bad?”

I explained this to Brody. Relief washed across his face and then he broke out in a bellowing laugh. “Jesus, Nicole, I thought I had to keep those coins! I mean, I’ve been holding onto coins since I was a kid because I thought I had to!” His relief was immense.

After the kitchen, we darted over to his closet. His clothes were the one thing he had unpacked and handsome, tailored suits lined his closet from left to right. He started to pull on a suit coat sleeve so that it loosened and then fell off the hanger and then he flung it behind him, onto the floor. “I’ll never wear that suit” he said without even looking back “I never wore it in the first place. I didn’t even pick it out!”

Swear to God, ten minutes later, a pile of suits, sweaters, and miscellaneous other clothing items were in the middle of his bedroom floor and three? four? maybe five? items of clothing remained hanging in his closet, with dozens of empty hangers surrounding them.

Instead of asking, “Brody, what are you going to wear!?!!” (yes, I was thinking it!) I asked him, “How are you doing? How are you feeling?” I felt genuinely curious.

A quiet moment filled the room. We lingered there. Moments later, breaking his long gaze where it seemed there should now be a deep, smoldering hole in the linoleum, he simply replied “Complete”. His face, shoulders, neck were so relaxed. His whole body looked like it had just set down a 500 pound back pack.

We loaded up my old Volvo and toured his new place. We didn’t really need to do much setting up because there wasn’t much left to work with.

For him, that was perfection. He wanted and needed to let go of what he had, his old life. The majority of his belongings were directly linked to old patterns, old thoughts, beliefs and should’s. None of it fit anymore. All this living material represented a life that no longer existed. His old life was piled high and packed in my car.

Clearing out his STUFF was physically exonerating and purged him inside and out. Now he could start anew. And he knew that.

On my way home, with the sun setting, I detoured to the Goodwill. I pulled into the unusually quiet lot and unloaded my car. l paused to noticed the classic Seattle pink skies – what a lovely evening.

“Huge – that was huge. That man is never going to be the same again” I murmured to myself, as I handed over all the suits, the coin jar, the pillow.

And it’s true – Brody went on to create a beautiful new life. He met a woman that makes him smile from ear to ear and married her. They brought a child into the world, and he did a 180 degree career change and is now thriving in a career centered around helping others.